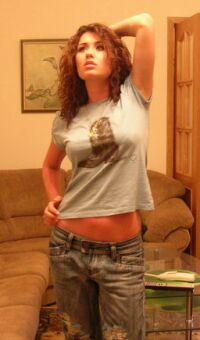 # Details: She and I wrote for almost 2 months. We spoke on the phone a couple of times. Her story went like this: I can’t travel to her because in Russia the woman must come to the man first. I would offend her parents. She introduced me to the “Agency” which had signed her up for the site. She had me write to its manager at love_agency@inbox.ru. They emailed a picture of an official document in Russian calcimining this was their license. I had to send the money to Nastya for airline tickets, not to the Agency. The day before she was going to fly to the US, she emailed me and said that our customs won’t let people into the States without $2000 cash. I sent her the money. She said her mom was sending a gift with her she was to bring to me. Nastya didn’t arrive in the states when she was supposed to. She emailed me a day later and said customs had stopped her and detained her because of her mothers’ gift. She also claimed she was fined $700. She was now in Moscow and needed money for hotel and food until next week’s flight the US. Now she needed $1100 more. I verified her reservation with the airline. I sent her the money. She picked up the money and canceled the reservation. Then a “friend” named Lena who had appeared in other pictures she had sent me wrote me and said that Nastya’s second flight was canceled and that she needed just $300 more. I verified the flight was not canceled and when I emailed Lena back, I didn’t hear from anyone again. Nastya, Lena and “the Agency” used the following email addresses: lenahoney@mail.ru; love_agency@inbox.ru; nastya_love05@inbox.ru; flower27@inbox.ru; caress1975@bk.ru.