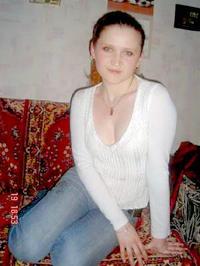 # Details: Sends pre-written modified letters and asks for money for visa, passport and travel money to come to meet you.

# Date: 2007-09-08
Two months of letters were exchanged and I did a test. She said she loved me but made a mistake by asking me in her last letter if my family in Poland would speak a little Russian when we went to visit them. I donвЂ™t have family in Poland and she knew this, so I knew she was writing to someone else and screwed up when she did her letter edit. In this letter she described going to Western Union to pick up the money I was sending, but I never made any plans to send her any money. I then created a new e-mail account and sent her a new letter as Maxwell from Colorado, a lawyer, and got a picture of a handsome stud looking guy by a pool and sent her a letter, the day after she said she loved me and made a mistake in her letter. She took the bait and responded to Max with her first letter, the same as the first letter she wrote me. My lesson from this one is that any time someone sends out a picture that is numbered with every new letter, it is a scammer!!! They will modify pre-written letters and they will spend months to do what they do. She did a lot of work to try to fool me by tailoring each new letter with a response from my last letter. She even called me three times. Yes, I gave her my number but she of course did not have a phone for me to call her on. There is another lie that I caught her on. She said she was calling from the postal exchange. They are not open on Sunday. She was calling me from a cell phone, and not the postal exchange. Do not send money to a pretty picture. I wish I could find out who her victim was that was sending her money.