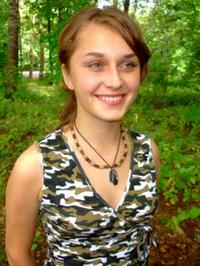 # Details: Miss evgenia popova wrote me at easyflirt in the beginning of may 2007 and told me she is a nurse who wanted to marry and found a family ; she is an intelligent girl , she wrote to me in french (Im french)but not usually so I asked her to write me in english. She also saids in others site -because she is booked at least 8 or 10 sites!!-that she speak german and spanish, but of course I dint know that before!rnShe always gave me good reply to my questions and after some weeks she told me that she will have soon vactions and would come in France to meet me: She was rapidly very thoughful without vulgar or sexy ; Because this, I believed her although I had doubts!

# Date: 2007-07-26
Miss evgenia whose name can also be zhenechka or milachka,26 to 30 years old, because she's not born at the same date! so his age change, has robbed me 860 euro which I have sent to her two time by Western Union . She required me to send her money one for the flight tickets (440 euro) and the second time (420 euro)as she needed to show money to the customs for entrance in the Schengen area; But she never came at me,although she sent me the number of the flight and time of arrival I waited her at the airport of Francfort in Germany and disappeared of my life,as soon as she became my money; None news from her since!Of course, i have several photos of her nice face,she always use at her advertisementgent "gentle, cheerfull, kindnees nurse"!!