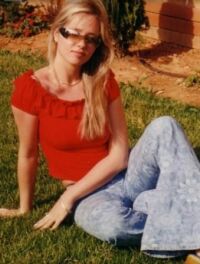 # Details: MONEY FOR VISA, THEN AIRFARE, THEN TO PROVE FINANCIAL STABILITY...I LOST A LOT OF MONEY !

Details:
I am writing to you from Sacramento, California: I very much appreciate all your advice in your website, but
unfortunately for me, it came too late. I was scammed out of a very substantial amount of money, about a month and half
ago, by a blond Russian woman named Anna Minyukova. She contacted my Yahoo personal profile on October 6, 2005. She
indicated that she was a good, single Christian Orthodox Russian woman, with no kids, looking for a serious relantionship.
I just noticed that she is already listed in your site and that she scammed someone else the same way, asking for money for
airfare tickets, visa, travel and immigration expenses, and also money to proof that she was a financially secured citizen.
I have copies of four Western Union wire transfers, 14 pictures of her and emails that she sent me. I hope you guys can
warn other people about her, as I think she is probably already preying on other unsuspecting men by now. I requested
Western Union to trace the first and last wire transfers to find out where she picked up the money. It turns out that even
though she claims to live in Arkhangelks, she actually picked up the money at a city called Yoshkar-Ola, Mari El, Russia.
I already removed my Yahoo personal profile to prevent other scammers from contacting me. Thank you for your interest in
my case.