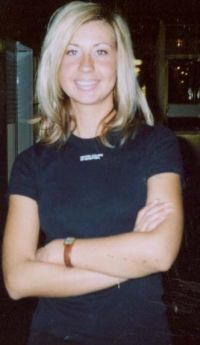 # Seen at:   American singles/ yahoo personals.... cant remember wich now...I was on a few..match .com was one also

# Details: Arina was of all the most clever of all the scammers. she became my best friend from January thru April....She wrote dozens of letters and I must have at least 30 photos of her and her friends, even a photo of her by her computer with a image of me and my dogs on the screen. I was Informed by the Secret Service she may be involved with the Russian Mafia, even prostitution rings. They take photos of these beutiful women and pay them well to do theses acts of Deceit as well as involve them In Prostitution. This {So Called } Arina was very clever she was very detailed with her letters they were flawless to all the answers to all my Questions. Thanks to the Embassy In Moscow they verified her Visa was a professional Fabrication..my heart was Broken ...she was my best friend for months. I made alot of preperations for her visit on her vacation as she exclaimed she had only 21-23 days off as her office was going thru renovations and she being a Doctor {Dental}. the ministry of health granted her B-1/B-2 Visa cause they knew she would return.Her flights were verified but once a the 2 day train ride from Rog near the black sea was over She claimed she was in Moscow and the Anti Immigration would not let her register for the tickets unless she could prove she had at least 500 dollars in cash to arrive in the states to survive with, I was stupid and fell for this!!...I was so blindly in like with this woman. she said she did not need the money that she would give it back to me upon arrival at my Airport. she wrote back at the Internet cafe there and said she had the money but she had a accident in the Airport and was in the hospital...{LONG STORY}...then she claimed she would catch the nxt flight when she was out , she claimed she could not recieve my mail there st the hospital computer, but she could only send...Her best friend came to her finally she wrote and she later wrote to me and said she would come to me when she was better and I never heard from her again