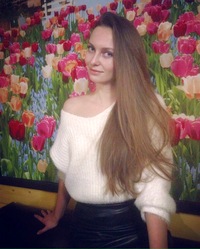 # Scam scenarios:   I am a single father of a 1, Russian speaking, computer programmer. The contact with the scammer originated from www.elmaz.com and lasted for almost 5 months.Scenario: Elmira is a female dating scammer (fake date), who allegedly confirms tha

# Details: I am a single father of a 1, Russian speaking, computer programmer. The contact with the scammer originated from www.elmaz.com and lasted for almost 5 months.Scenario: rnElmira is a female dating scammer (fake date), who allegedly confirms that she is 35 years old from Izhevsk, Russia. In two of her pictures can be? confirmed she snapped them really in that town. Her full name is Elmira Yakovleva Kalimullovna as she says. Her mobile numbers are 079600556566 and 079600535172, her email address is milackamilachka@gmail.com. She exchanged a video clip with good quality, around 20 phone calls, around 80 emails with her groom, in which she confirmed that she does not want to live in Russia any more and wants to start a new life in the EU country of her groom. Initially she even wrote in the grooms language with the help of online translator to convince him of her seriousness, even though the groom knows enough Russian. In that way she won the trust of her groom and as a result she successfully received a money transfer through the application Koronapay under the name Elmira Yakovleva. That sum had to be used for her international passport and her visa to enter the EU country. When she allegedly was at the embassy, she had to confirm that she had enough money to enter the EU country. When her future groom rejected to send her the sum, which she wanted to get, and afterwards the groom prepared all the documents to visit her, her aunt allegedly answered from the email of her niece Elmira that she is in coma in an unnamed hospital. There is no aunt who regards the future groom of her niece should be not informed about the health condition of his female fiance, who is in hospital. Two weeks later there is no information about the health condiition of Elmira. After many phone calls and emails the communication from Elmiras side stopped. It is a too big coincidence that Elmira can not communicate at the moment of the first meeting and her email is used by her aunt to message for a tragic event. Elmira obviously set a trap to receive money from a "beloved one" as she called him and when she saw that she cannot get any more finances she escaped the relationship.rnrnrn