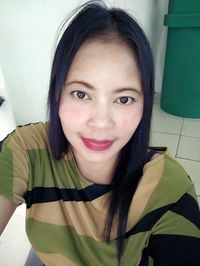 # Scam scenarios:   she played the role of the sweet Filipina long term to win my confidence before asking for money and telling me she needed my help. she has the habit of having a fantasy relationship to pass the time and get attention from men as well as take

# Details: she played the role of the sweet Filipina long term to win my confidence before asking for money and telling me she needed my help. she has the habit of having a fantasy relationship to pass the time and get attention from men as well as take their money. she at some point will get bored and realized she cant string you along forever and will come up with a plausible sounding explanation to end the relationship or she will just vanish and start a new profile under another name and find a new victim to exploit.

# Date: 2018-03-21
Maxine derozo is a married woman posing as a single woman from the Philippines. she has dated many men online form western countries and middle eastern countries. her MO is to get to know a person long term to build trust. when she knows she has a man hooked she will tell him how much she loves him as well as send you sweet pics of her with hearts.she will use a program to merge a pic of her and the man she claims to love together in one pic to appear to show love. when enough time passes and trust builds with her she will ask for your help with money and claim not to have a job or be able to find work.she will try to look innocent saying she is shy to ask for money but will ask anyway. she is married to a man named Christopher Macawile.she will leave out or omit the fact that she is married. if you do discover she is married she try to lie or get angry and defensive. she may also claim she is separated and getting an annulment.this is lying and deception on her part. if she discovers she has been reported as a scammer she will play the victim and try to get sympathy and make others who report her out to be the bad guys. she is constantly hiding online and creating new profiles to stay hidden from those she victimized and to keep the current victim hidden as well. she will come off as secretive and will want to keep her photos off your social profile or set it to private so no one can see her there. she uses many aliases and fake names to cover her tracks. her real name is Maxine Derozo and her Married name is Maxine Macawile she also goes by the name April.in many cases she will want to flatter you by asking to use your last name to give the appearance of wanting to marry you. she will at some point need to abandon when her need for you has ended. she knows she can't string you along forever and will and will need a new victim to play. she will either just disappear or she will give you some plausible sounding explanation as to why she can't be in a relationship with you and move on to the next victim. I would like to speculate that she also has some type of mental complex where she will go online and have a fantasy relationship with a person until she gets bored and moves on. only she knows its just a fantasy to get money and attention from men. the man who is victimized on the other hand thinks the relationship is real and his money and heart are broken by this self-centered woman who doesn't give a thought or care to who she is hurting. only her well being and happiness is considered. the way she left me was to shut my facebook profile down and block her family from my facebook. she lied and said it was hacked but she is the only other person who had my password. she also told me her mother said she can't come to my country to be with me lol she is 32 years old and can make her own choices in life but this was her b.s excuse not to come to me in my country. she shut my profile down and lied on skype that it was a hacker. I traced her IP address, city and phone number and caught her doing it. I found out she was married when a relative of hers told me on facebook that she was still married. I saw a photo of her with her husband. my story is on Google profiles https://plus.google.com/102846361366457942733 for all to see if you just google Maxine Derozo.