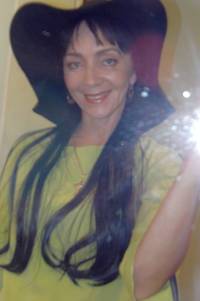 # Scam scenarios:    It's called Evelina Vostrikova and lives in Khabarovsk is 49 years old and has two children, one 26 year old Peter dentist and a 7 year old girl named Diana. She's dental and works at a private clinic, and more frequently as a privat

# Details: Its called Evelina Vostrikova and lives in Khabarovsk is 49 years old and has two children, one 26 year old Peter dentist and a 7 year old girl named Diana. Shes dental and works at a private clinic, and more frequently as a private home. Contacted me about RURUTO looking friendship. Even after two weeks of fequenti chat with virtual meetings on skype with sympathetic exchanges of all kinds including scenes reciprocal very erotic and sexual booked the flight to be host to me and said that yes she had bought the ticket but she wanted money from me and not a serious relationship as I wanted. Continuing to chat she had problems with the PC and I have offered to help by using a program that allows you to get into a PC to another person prior permission of that which is called Team-Viewer. She made me enter her PC so I have found the problem and fixed it. Logically I had the chance to see the contents of her PC and since I repaired it while I have opened dialogs curious and Ive thoroughly and found out that she often chatted with many men and all asked if they were interested in meetings sex, sent her pictures sexy as it did with me and often gave appointments in the evening in the parking lots in the car or in bars or hotels for oral sex or complete. These men wrote that after the meetings were very happy and they wanted to see her again. Some asked her if she wanted money and she replied that she likes to have sex, and vary.rn At this point I made to some questions about her possible contacts and she told me that she had no other contacts since she met me. Its not over, since I did not want to give her the money for the ticket, she began to threaten me by saying that she would come herself to lend her the money, and that would help her friend who lives in Rome to find me. She came to Rome and I tried to no avail.rn This is it. Im really in love with this woman because we had four months of intense exchanges of all written or visual, and in the photos sent to me you understand how she did to come into my heart and who knows how many other men!rn