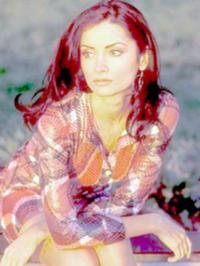 # Details: I started writing to Elena Aleksandrovna Ponomarenko or Alena in August 2007 until December 2007. We planned to bring her to the USA. Elena asked for $1250.00 USD and I sent it, thinking that she was coming over here. After receiving money to make passport and visa, she sent me the letter with thanks, and wrote me that the visa will be ready in two weeks. But after few more e-mails, she wrote me, that unfortunately she got ill and won??™t come rnto me on Christmas. It looked suspicious to me. I searched in the net, and found report on her: rnrnhttp://www.romancescam.com To my great disappointment she was unreal girl with fake photos. The photos that she used, takenfrom the: http://www.latinassorti.com
/patriciamanterola/album.php rnrnShe used photos of the model Paty Manterola. But she sent me one photo of the girl whom looks like this model. Maybe this is the one of her real photos? I wrote her about this and asked to send my money back, but of course no answer given to me. So I lost 1250.00 USD and have a great moral hurt, because I really thought that she is real and want to marry me. She gave me her postal address the same as was mentioned in report that I have found, but I think its fake to. rnUkraine, Lugansk 91015, Kvartal Mirnii 6/79 Her e-mail is: la1girl_alena@inbox.ru