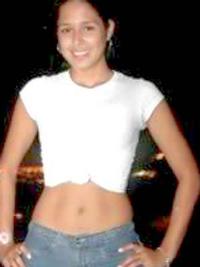 # Scam scenarios:   money for home back

# Details: Scammer claimed she had travelled to an Art fair in Nigeria and then needed money to ship her goods. She had a debtor send me a cheque and requested money paid in faith of the cheque clearing. She assured me the cheque would clear and if not she would repay me on her return to this country, and she would take the debtor to court!

# Date: 2007-09-06
I contacted 'solmaid' on Friendorama web site. She responded and we began chatting on MSN IM around August 2nd/3rd. After a while (August 7) she sent me an e-mail informing that she was going to Nigeria for an Arts fair and could not meet me as previously arranged for later in that week.
I did not hear from her for a while but then she IM'd me saying she had found an internet cafe and would be in touch again. We chatted a few more times until she revealed that she had bought alot of art and sculptures (her line of work) but could not return home until she paid for the shipping. She sent me a shipping document by e-mail. She initially asked for money but when I said I could not send any she asked if she could have a 'debtor' send me a cheque and I could send her money. The cheque arrived a few days later and I paid it into my account. I chatted with her on IM again. She sounded bored and despareate to get home. I said I would send money once the cheque cleared but she said she would pay the charge that the bank made for 'any other service' they could provide that would release the funds sooner. I arranged an overdraft facility and sent the money to her using Western Union.I was issued the following MTCN's:903-933-1668 for ВЈ1000, MTCN237-910-6855 for ВЈ900 and MTCN 197-903-9856. She sent the shipping agent Tolu Smith of 15 Toyin Street , IKEJA LAGOS, NIGERIA 23401 to collect the money. The next day she advised she had the money but she needed to get her Passport from the security agency she had used and had only paid for 2 weeks and so owed them for another week. I sent money again through Western Union ВЈ1000. MTCN 402-920-3967. She said she had receieved it later. She advised that she had managed to get a flight home that evening Friday August 31st and would be back in the UK Saturday September 1st. I did not hear anything from her for the entire weekend. Tuesday September 4th I received a letter from my bank to say the cheque had been stopped. I was basicially ВЈ4000 in debt! However I thought I would try to trap her so I sent her a e-mail saying the the cheque had infact cleared and that 'I knew I could trust her' and hope to hear from her soon. Sure enough she came online on IM later that day and began chatting again. She was 'still in Nigeria'. Her taxi had hit a young girl on the way to the airport. She had been told by the police that she would need to pay for the childs hospitalisation and did I have any ideas? I said I would send her more money, in the hope that the police could intercept her or the agent she sends to collect. I need your help to track and capture these people before they do this again. Please helpme. I would be happy to donate a substantial amount once these criminals are caught.