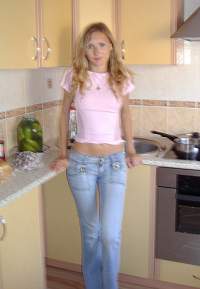 # Details: It said that he was doctor. Two months of letters and in the end it requested 500 $ for the ticket. All their letters were based on the love. In the second letter my person I suspect her. because I am head of Police.

First name: Alevtina
Last name: Smolenceva
Cuntry: Russia
City: Kazan
Details: after some mails she requested money for her internet bills.
Later she requested 120 dollars as an anniversary gift to her parents, but i refused this kind of support.
I did send 65 dollars to cover her internet bills.
Then she requested 1240 dollars for visa and plane tickets to arrive to me.
I refused and said that this was too much for me.
Later she claimed that she have managed to get 150 dollars and now had paid 240 dollars on her own, and now only needed 1000 dollars.
I still refused, and after some more letters she clain´med that she have borrowed 100 dollars from a girlfriend and now only need 900dollars to arrive to me.
I felt guilty about her visa payment she claimed she did, and i decided to send her the money.
I did send the money in two parts, first i did send 30 dollars with Western Union, and after a short while i did send the remaining 600 dollars and the 7 July 2006 she have received totally 965 dollars from me.
She then continued with 8 letters describing her doings before the trip, she was supposed to arrive to me the 25 July 2006.
In the morning 25 July 2006 i receive her letter and she was desperate, because she claimed she has been robbbed in Moscow during her trip, and now was stucked there without money or tickets, and she needed my help, she even phoned me, and sounded desperate, but i was overwhelmed and totally began to mistrust her, because she needed 1000 dollars for new tickets, and she could not even manage to go back home, because that would cost 200 dollars.
I checked prices ove internet and the price was 114 dollars, not 200.
The 31 july she claimed that her mother have sent her 100 dollars to continue to live, and she still were stucked in moscow, i did not believe her and demanded her to give me some evidence.
She continued to mail me and after 3 more mail she send me a scanned image of her passport.
I looked at it and to me it looked manipulated, i recognized the photo from a ohoto she did send me earlier, and in the passport it was manipulated, the background was changed to pure white, every single pixel had the same white value, which is impossible to get from a scanned image, and i can from this tell that the passport image war a pure fake.
The name on it was Anastasia Smolenceva in the bottom, and Alevtina Smolenceva besides the picture.

Hello my it loved Joan! I have taste to read its letters. Their letters
contain many of heat and love. Yours it puts letters does my days better.
You very good and good person. I feel it through its letters. Him I know
nonlong, but I can speak of that very good and opened you. And it implies to
me much and it gives me to the confidence in which can love and to be loved!
We are separated distant and we are distant. But it does not prevent our
dialogue. Although I thought already, that through the Internet does not
have to understand dialogue absolutely enough more strongly
What you think about him Joan? Desire to be a line along with you. I do not
know, that to me to do. You see that you are very difficult to do. Then I he
gets to be absolutely bad. Say if you now wish our meeting. But if you say,
that who you wish, that our relations developed more far in distance I
understand to him. I will correspond with you Joan who does not watch
ignition because I landed on water to him. It does not only leave me! And
the meeting for me is very important now. I think that it is necessary that
now we make to make sure of of our sensations. In order to understand our
sensations. You are suitable with me Joan? I wait for yes what. And I hope
that soon power much to be together. And I am totally safe that no barrier
us in him we will not come up. Our sensations will surpass all the distances
and hour and circumstances.
for this moment! I hope and desire much to see Joan to him wish to oir Joan
to wish to touch to him to him. You see that the photo and the video never
will even replace a reality. And the telephone will not help to understand
and to feel its voice. And a tact that you will not finish through the
letters and of the telephone. You who you see to wish it? Dear mine Joan
when with you we can satisfy? It would wish it much. I am safe that all
those letters that with you we have never been written will even replace a
day together. I am safe what uniform for a day it is possible to learn
people better than in thousand letters. How YOU think? Dear mine Joan I
entered tourist agency to learn on that as with you we can satisfy. In
common field I went to learn on that as I can receive the visa and arrive at
you. You wish it? Dear mine Joan I have come and I have explained my
situation there and to me I have helped. I they have said that I can arrive
at you and for this intention it will be necessary that makes the visa which
to the cost for me the dear mine Joan of 500 $. I has decided to that much
desire to go to you. If you wish it that there is arrived I at you and you
write to me in the following letter in her who immediately I to Moscow will
make the visa. As far as me they have said that the process of the visa will
borrow approximately 1-2 weeks. How he for you Joan? And Joan is thankful to
him by remarkable photos! I am always very glad to receive them of you!
Escríbame more quickly the answer. I with impatience you of the fast and
affectionate letter will wait for. Yours by always Alevtina