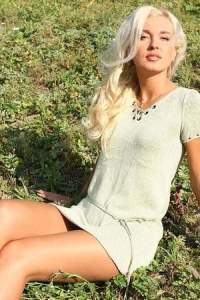 # Seen at:   The dating site called: LoveAccess.com Her screen name is lurika006 and she said that her name was larisa until we started getting to know each other and her real name is Anatasiya Golubina. She goes by Nastya. So far she's got $4900 from me. She wants $500 more. Should I send her and have the bank tellers arrest her?

# Details: 1. I want to report to you that I have been scammed. I know that I am so stupid. She's got 4900 dollars from me so far and still wants some more. She neede the money for the visa and passport and the costs to Moscow. She never did go to Moscow. She got robbed once she said in Cheboksary after picked up the money . It was $1000 that time. The day bofore her arrival, she got sick and stayed in the hospital in Moscow. That was a full of lies. She cancelled the ticket. Now she is short of money to buy the ticket again. She needs $500. I am thinking about sending to her and have the bank tellers arrest her. Last time she picked the money was in Oshkar-Ola. It was a shock. She's supposed to be in Moscow and wait to the flight. Her IP addresss seems to be from the same location(s). If she is in Moscow, why the IP addresses showed the same from those from the past?
1. Her name: Anatasiya Golubina
2. larika_006@inbox.ru
3. Addresses: Cheboksary 428000, Charles-Marx's Street 66-92
Cheboksary, street of the world 80, apt. 145
I think these addresses are non-existing. The telegram for the florist person did not reach. My post cards did not get there either. One got returned back to me and two were missing.