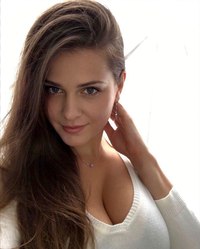 # Scam scenarios:   Elena shows up with the same boyfriend in the following countries in which she claims they are only friends: Egypt Ukraine Italy Jordan Germany If you are unable to open the link, please copy and place on separate browser. I was able to op

# Details: Elena shows up with the same boyfriend in the following countries in which she claims they are only friends:rnrnEgyptrnUkrainernItalyrnJordanrnGermanyrnrnrnIf you are unable to open the link, please copy and place on separate browser. I was able to open it that way.rnrnThe link I am sending you is of Elena and her "boyfriend". It is dated 8 January 2018 at the DejavuPozzuli disco in Pozzuli Italy.rnrnhttps://www.facebook.com/dejavuclubpozzuoli/photos/a.641259239330984.1073742254.156426384480941/641264329330475/?type=3andtheaterrnrnI found a link for boyfriend on Facebook, it appears that he has some ties to Italy, but he is Ukrainian. This is them together, it is dated 8 November 2016 located at the Amalfi Coast, Ravello Italy.rnrnhttps://www.facebook.com/photo.php?fbid=735087666638518andset=ecnf.100004118748111andtype=3andtheaterrnrnAs mentioned, Elena told me that should would spend her birthday and Orthadox Christmas with her mother and sister in Kherson Ukraine. I told her I would send her a gift of money. In my previous email, I sent you a list of money transactions showing you that I send her this a day before her trip. A copy of this conversation can be found our chat history, however, your site has taken it down. Still, I assume you have access to it in order to verify what I said.rnrnAdditionally, I am sending you another link of Elena and her boyfriend at the Odessa Language Club dated 17 February 2017.rnrnhttps://www.facebook.com/lcods/photos/a.1183635668431692.1073741835.963167367145191/1183636051764987/?type=3andtheaterandifg=1rnrnAlso, in the last attachment that I send you, I gave you a picture of Elena and her boyfriend in Egypt. I do not know how long ago this was.rnrnI understand that Elena has had boyfriends, and of course that is okay. Elena could have had 1000, that is okay as well. However, this individual is still with her in places all over the world, and as recently in Italy two weeks ago. My point is this is not just random guy that she struck a innocent conversation with, nor a friend that by chance or coincidence she ran into in different places around the world.rnrnI thoroughly acknowledge that you cannot force someone into affection, no matter how much money you spend on them....However, this case is different.rnrnI have been communicating with Elena since August. I lie to myself thinking that there is a logical explanation. However, I must admit to myself, that she used me for money, and most of what she told me was a lie, to include love.rnrnSince August, I spoke with Elena almost every day. However, she has made no attempt to explain how she is with this individual in different places around the world, and as recently as two weeks ago in Italy.rnrnI am hoping you can take some sort of administrative action against her, like making her profile known to other agencies as a scammer.rnrnSadly I sent her thousands of dollars. Some of which went to her boyfriend.

# Date: 2018-02-23
I unformed "Army of Brides". This agency immediately took her off their data base once I provided them with the money I sent her via Money Gram and Western Union.

I even helped with "funeral cost"....for her father.