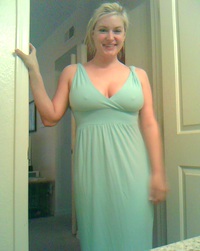 # Scam scenarios:   I joined a friendship site wanting to make more friends and got in contact with this person called Abigail Abbey. Her email address is abiabbey130@gmail.com and abiabbey130@yahoo.com. She will claim to you that she's an open book. She h

# Details: I joined a friendship site wanting to make more friends and got in contact with this person called Abigail Abbey. Her email address is abiabbey130@gmail.com and abiabbey130@yahoo.com. She will claim to you that shes an open book. rnrnShe has nothing to hide. Just in case she strikes again, here is the story she uses. She has a grandmother in New York (Brooklyn) that is currently staying in a retirement home. She has a step mother who is in UK. While I was with her, she claimed her mother died which was her first scam. At first we agreed to meet in Australia, she said she will pay for half the ticket. She produced the ticket. Then she claimed she cant get a visa and needed money as a bond for the visit. After I gave her the money, she then tells me that her biological and estranged mother is sick and dying. And she changed her ticket destination from Australia to Ghana. rnrnShe even send me some topless photos to pursuade me that shes genuine and will come to Australia once she visited her mother. rnrnAfter that, she asked me for more money, she will start with a large sum say $1000. I refused, then the next day she came and ask for a smaller sum. I still refused. A few days later, she claims that her mum is dead. rnrnShe then told me she found some gold (4KG), and asked me to get her a ticket to Australia. Feeling sorry for her, I bought her another ticket. Coincidentally, she got stopped in Transit in Malaysia by someone from African Union saying she doesnt have internation custom clearence for the gold, which is an utter bullshit. That person goes by the name of Prof Kokou White (k.white115@live.com). At this point, I know all of this is made up. She then claimed to be deported back to Ghana. She asked for help again, I told her to go to UK embassy and get them to help because Im done helping. rnrnFew weeks ago, she approaches me wanting to make things right, asking for another GBP350 so she can get a ticket to Australia and return me my money. Since posted her passport on this site, I realised some photoshop work has been done on that passport. So I asked for her real passport number. She refused, and that was the last I heard from her. She has now cut me off from her skype. Ive made police report in UK, Australia, USA and interpol. I am publishing this site so everyone is beware of this person, she is an expert in getting money out of her victims. Her ammo is guilt, belittling, throwing tantrums and pursuation using her sexuality.

# Date: 2013-09-27
She will provide you with a fake passport scan. She will insist cash, even if you tell her you will buy the air ticket for her, she said she doesn't trust e-ticket etc. She will use insults, or make you feel guilty for not trusting her.