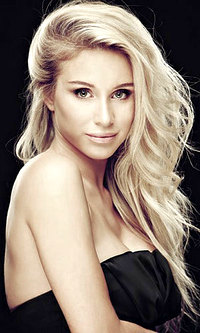 # Details: She was the one that took the first contact, and then we wrote a few e- mails to each other. But then I got a letter from her translation firm Happy Communication that Darina did not have any money to continue our conversation through our translation firm. After transferring money to the firms manager Elena Livarenko, our conversation continued.rn rnIn early October Darina and me decided that she was going to visit me starting at Christmas and staying for 3 months. And I sent her money to get a passport, money for English classes and money to travel to Kiev and back. During the period of October and November she did not mention with a word that she might get some trouble to get a 3 months leave from her job. But in late November she told me that she could not visit me, because she suddenly got to know that she could not get a leave from her job. But a little later she was told at her job that she was able to get a few days leave after the 20th of January. So we agreed to meet in Kiev for a few days in the last part of January. But in the end of December, she told me that she could not meet me before the end of February.rn rnThen our meeting was delayed until May, before at last a specific date to meet was decided in June. One day before my flight to Kiev I got the message from her translation agency that Darina had travelled to her grandmother that lived in Russia, who suddenly had become ill. But about half a year earlier Darina had told me that that she had only one grandmother living a few kilometers from her. And that she never had been outside Ukraine. I have to add that at this point of time such a message did not come as a great surprise for me.rn rnOther things:rnThe translation firm was charging every letter that was sent and every picture that was transmitted, and several pictures were sent twice, one even three times. Almost every letter from Darina was short. One even mostly a paste and copy from an earlier letter. Darina told me that she did not have a telephone. Even that I have read that keeping a telephone in Ukraine is very very cheap. She did not want me to send her any letter, because she told me that the postal service in Ukraine works VERY bad. In travelling books you may read that this is not exactly true.rn