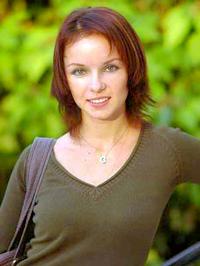 # Scam scenarios:   She send to me a message without photo in his profile of ElPlanazo. After we were writing ourselves by e-mail.

# Details: She send to me a message without photo in his profile of ElPlanazo.rnAfter we were writing ourselves by e-mail.rn

# Date: 2007-06-02
From the principle, she was writing in Spanish, with the chaotic expressions but without lack of orthography (as later whith scamers_2514 and scamers_2289 in http://www.meetic.es)

In the first message said that was very interested by me. That if was delaying time in answering, that it did not think that had forgotten me.

But I was putting me fidgety. Furthermore, she was writing without answering to all my questions. In the last was saying that it was sickened. But in the last said me that was waiting with restlessness my letters. As her to me was liking to me, I said it that was wanting to go to see it or to communicate us by web cam. And not returned me to answer, in spite of writing I to her.

In his address, in the apartment the number one is above of the rest of the other signs (super index).
I asked in the Russian embassy in Spain for this address and answered me that that could be a mistake.

After I asked at random companions of Elplanazo and "Berni1" said me that had requested to him money to travel to see to him, but that it was not making it too case.

A friend counted me a case of the fact that a man knew by internet to a Russian woman that was living near in a town. When he wanted to go to know she said to him that no longer was living there. Finally it was deposited that she was of South America and black people.