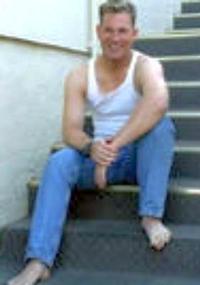 # Seen at:   www.sexsearch.com, yahoo.com, too many to list the stolen pic is from focushawaii.com he uses, never saw the real him

# Scam scenarios:   he will profess his love and tell you about parents died when younger wife cheated with his best friend and has a 12 yr old daughter trying to raise named Dana. Wants you to be her mother. Says is from Atlanta Georgia. Then owns own business

# Details: he will profess his love and tell you about parents died when younger wife cheated with his best friend and has a 12 yr old daughter trying to raise named Dana. Wants you to be her mother. Says is from Atlanta Georgia. Then owns own business which is orphanage in the UK. All of a sudden he is on a 2 week conference in Nigeria. Loses his credit cards or someone steals and has no money to get return ticket home. Starts begging u send money to him so he can get home and become a family. Everytime you have a question as to other ways of him getting the money he has reasons for you. He is very smooth talking.

# Date: 2007-02-13
He asked me the first time to send western union and gave me his complete address listed above. Said to send it in the hotel managers name which he said is Adeyemi Adeola Ibrahim so that is who I sent the money to. 7/29/06-500$, 08/08/06-300$, 08/17/06-300$,08/20/06-200$, 08/25/06-300$, 09/18/06-2300$, 09/25/06-200$ then he sent me American Express Travelers cheques to cah and send him the money for 2500$ and they were counterfeit. It was then that I woke up and ended this thing. I know was very foolish. After it was ended then he told me a few weeks ago when he just popped in on me to send him dollar i said where he could go then he said I have to die then. All websites have been informed that this pic is on but they dont take him away and the ones that did he just comes back with a new ID. Was told by a friend I have in Nigeria that the pic this guy uses also is used by alot of other scammers there in Nigeria. So the IDs I know him to have is johnpaul_love2@yahoo, johnmikelove@yahoo,dave2john2dave on sexsearch.com and also is yahoo address, john2mike2johnon sexsearch and yahoo also. He has changed the most of these but is still very active with the johnpaul_love2@yahoo. I have him still on my messenger list and see him come on this ID everyday. I stay hidden but this is just to see that this is the one he is still active on.