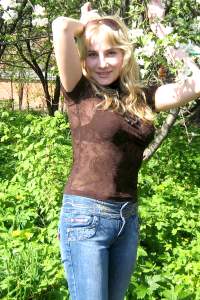 # Details: This scam is ongoing, I have been looking for proof online from someone that they have also been in contact with her. I found it last night, 3 photos with no information though and am putting the word out now. In two weeks she has fallen in love with me. Though she is being sheepish at the moment about acutally saying that. Beats around the bush uses "love" a few times then backs off saying she should keep her feelings to herself. I offered to visit her, got the usual no that is not a good idea response. Says it is too dangerous, yet there seem to be plenty of hotels in her town and commercial tourist runs through her town. Seems to be a nice place, think I want to visit there anyway lol. She suddenly was in touch with her travel agent who she says she uses all the time after I said I would like to meet her. ( wonder if for scams or real travel like she is implying?) Money shot has not happened yet, should happen next week.
It seems this gang or whoever takes the weekends off. She does not write on the weekends. She claims to be writing me from work. She says she works for an advertising agency. Won't say which one and the yellow pages directory I found lists for like 21 companies in Kostroma that could be her place of employment.
I have done DNS search of her IP address and all I could figure out is one was in moscow ( the rambler.ru one) and the other came from Germany?? Not sure if I am reading it correctly though. She uses Bat! email program, though if she works at an advertising agency who knows. Also, all of her letters were "replies" even her first one. I sent her my email address from match.com so she could not have replied to me on first letter. She just changed heading after the RE: part. Not sure if my whois and DNS inquiries mean anything because of that. Im new at deciphering those email headers.
I searched her last name and came up with listings for slavik names and websites (.sk) That might explain the slavik referances and German IP??
I sent her a google earth sat pic of Kostroma and asked her to point out where she lived in town, her reply was she could not figure it out, fyi Kostroma has Kostroma river and Volga river joining in middle of town, bridges crossing them etc, how hard is it to get your bearings with all of these landmarks visible on the pic?
Usual ignoring of my chatter about daily stuff. I have a collegue from work who has adopted a little girl from there and is going back to adopt 2 more, I thought that would have prompted some response. She has never replied to that or other topics even after I asked her why she did not answer my questions. Just asked my why I sounded like I did not trust her. :)

After some coaxing she sent me one photo of her with some friends, and got photo of her with mom and her parents together without out her unsolicited. Otherwise it is always 2 pics, her alone, posed. I still have not seen her sister who she says has taken most of these photos. The car photo shows what appears to be more of a man reflected in the side of her car though. She slipped and sent me the same photo from her first letter, I was at the computer when it came in opened it right away and responded withing a minute of getting it and she apparently hit send and moved on cause I did not hear from her till the next day. EFIX data from her pics show some taken at 0530 in the morning!! She's dressed to the hilt too! Most seem to be only a month or two old so think this one got busted early.