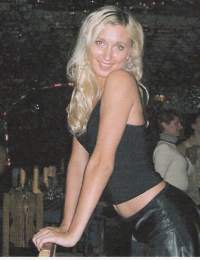 # Seen at:   I was first contacted by scammer on Friend Finder.She wrote to me over a period of two months and after 2 months she said that she had fallen in love with me and wanted 600.00 Aus Dollars for her Visa and documentation.When I refused to send her money she stopped writing.

# Details: She sent me about 6-7 photos.
The woman on this site is DEFINITELY the same person...but only the first three pictures. One is identical to one I was sent!
Name: Tatyana Kuzovkova
# E-mail: Snechinca@yahoo.com
# Address: Russia, Votkinsk, #23 Pushkina st.
# Seen at: cupibay.com