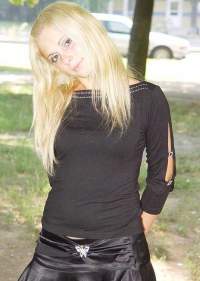 # Seen at:   originally contacted through Jdate.com. Then we started e-mailing each other everyday for two months

# Details: This person was unreal. "She" was so patient with
everything. She knew how to push all of the right
buttons and wait patiently for things to happen
naturally. We e-mailed each other everyday and after
about a month, I offered to help her pay for airline
tickets to fly to the U.S. to see me. She acted like
she was too ashamed to accept my offer claiming that
she was "raised not to accept money from other
people". It took me 3 e-mails just to "convince" her
to accept my help. I wired her $1200 and she claimed
to purchase airline tickets and then go to Moscow to
interview for her visa. She then claimed that the
Russian Federation would not issue her a visa because
she did not have the $2000 minimum required to
"declare" in a bank account. She told me that this
policy was to protect Russian citizens trying to leave
the country without money to fend for themselves or
get back home. She then claimed that she was able to
borrow $900 from her bank, but still needed $1100 more
to declare. I agreed to send her another $1100 and
told her that she could pay me back as soon as she
meets me. Of course she never showed up at the
airport and then wrote me an e-mail claiming to get
mugged on the way to the airport in Moscow. Unreal.
I googled "russian scam" and this was the first
website that popped up. Sure enough, one of the
stories on here that lists bank account details
matched the bank account used in the wire transfer
perfectly! I can't believe how stupid I was! She
even continued to contact me afterwards.