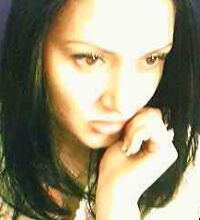 # Details: I met Beatrice Popescu in April of 2002. We started our correspondence gradually. By November of that year, we seemed to be committed to each other. Beatrice deactivated her singles profile on Cherry Blossoms to prove to me her commitment to me. I did not realize until later, that at the same time, she started an alias Cherry Blossoms profile and maintained it throughout the whole time of our relationship. She began requesting money from me in November 2002. Her first request was for money to purchase a passport to travel to Bulgaria with her mother. After that, she requested money for a trip to Paris. Then she made a request for money for Internet service so that she could write me from home. I have also included scans of the Western union receipt as well as the letter requesting this. By mid 2003, we had agreed that she would come to the US and that we would marry. From this basis, She requested and I assumed responsibility for her finances. At first just for some things, but as time went on, for everything. In 2004, I arranged to go to Bucharest to meet her where we stayed together from 29 Sept till 4 Oct. There in Bucharest, I proposed to her and she said she would be my wife. I did not realize until later, that in June of that year, she used my money to have her hair styled, have a photo taken, and updated her alias Cherry Blossoms profile. In February of 2005, I sent her the paperwork she needed to fill out, along with instructions. In May, she still had not completed the paperwork. The second week of May, I told her that I wanted the paperwork to be sent to me by end of May or that I would think that she was not serious, and she promised me that I would have it by then. She also requested an additional $100 on top of the usual $400 that I sent every month. I have sent scans of the Western Union receipt as well as the letter requesting this. Up until this time, everything seemed normal in our relationship except that she was taking so long for the paperwork. She still expressed her love for me threw the Emails and the phone conversations we had as well as her desire to come to the US and be my wife. I sent her the $500 and that was it. From that moment from when she received that $500, she has not answered any of my phone calls or written me any letters. It was at that time, after a couple weeks passed without word from her, that I went onto the Cherry Blossoms Bride site and entered a search for Romanian Woman aged 26 thru 28. There I found her profile using an alias as “Sara”. As I have mentioned before in this letter, the profile indicated that she started the profile in November of 2002, which means that she ran the profile during the whole time of our relationship. Second, it says that she updated the profile in June of 2004, which was only four months before I was with her in Bucharest. And last, it says that she last visited the site in January of 2005. At the very least, this means that she was maintaining this profile the entire time that I was supporting her. From this information, I believe that she never intended to come to the US to be my wife. It is possible that all along, she was maintaining other scam relationships. There is one thing I am sure of: Beatrice does not have a job and she would not have cut me off if she didn’t have another guy sending her money. Total sent to her over $14,000. I have sent a scan of the total amounts sent to her threw Western Union. I know that I will never recover my money, but I hope that we can at least alert the other men that she is currently scamming.