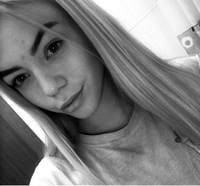 # Scam scenarios:   I met her on Travelgirls.com and we exchanged phone numbers. After we exchanged a few whatsapp messages I invited her to meet. She responded enthusiastically and called me "my man", "my favourite love", etc. Strangely eno

# Details: I met her on Travelgirls.com and we exchanged phone numbers. After we exchanged a few whatsapp messages I invited her to meet. She responded enthusiastically and called me "my man", "my favourite love", etc. Strangely enough she never answered personal questions. rnI sent her 80 ?‚¬ after she claimed she doesnt have anything to eat due to war in Ukraine. And she lives alone without resources. She didn?Ђ™t ask for the money, I offered it after she claimed to be almost starving. rnShe sent passport and we talked in video call. So she actually exists. I bought and sent her bus and flight tickets to meet in my city. As Ukraine?Ђ™s air space is closed due to war she?Ђ™ll take bus from Kiev (Ukraine) to Lublin (Poland). In Lublin she?Ђ™ll take flight to London and then to Barcelona to meet me. rnStrangely enough she never had question on where shell sleep, where well go, what I do in life, etc. Come on, you are going to travel to a stranger and you don?Ђ™t have any question about him??? Who would be so stupid??? On the other and she never answered questions on her family, she never also had questions on details of her trip (transfers, schedule, documentation, accommodation). rnOn day of her trip to me she doesnt confirm she is going to the station. She never writes confirming shes on the road. She never confirms shes arrived at bus station. She never confirms she?Ђ™s arrived at airport. She never asks for the boarding pass of the transfer which I did not send her as she didnt even confirmed that she had departed. Just silence. However she received my messages on her mobile on Whatsapp and even read them (double blue mark) on Telegram and Viber. rnTwo days after failed trip she replies only when I threaten to publish a scammer report with her details. Then she claims her bus broke in Vinnytsia on 10th July 2022, day of departure. She claims she stayed in Vinnytsia and was attacked by Russian missiles. According to her story she got scared and decided to go back home and give up the trip. But the Russian attacked on Vinnytsia happened on 12th of July 2022 (what the hell, I read the news). When I tell her so she adds that she had stayed one day stranded in Vynnitsa, which also doesn?Ђ™t make this to be the 12th of July. rnMoreover her bus route was not scheduled to pass by Vinnytsia (incoherent information). Her bus route was Kiev-Zhytomir-Rivne-Lviv-Lublin airport (Poland). On day of her alleged trip she didn?Ђ™t contact to say she had had any problem. According to her she didn?Ђ™t have internet connection. However my messages were arriving and even being read. She doesn?Ђ™t have an explanation for inexact information she provides. She also doesn?Ђ™t explain why she didn?Ђ™t write when supposedly she had already arrived back home. rnYou know what?Ђ™s funny?? Some days after this nonsense story she goes and asks me where I live in Spain! Holy hell, this is unreal. She receives some tickets to travel to my city, comes up with an unbelievable story to justify herself?Ђ¦and then, she asks, by the way, ?Ђ?where do you live?Ђ?? This is fucking crazy! rn