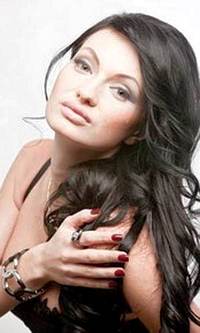 # Seen at:   I received an email from her I do not remember which site. It was on cupid or match.com . I never saw a profile.

# Details: I received an email from a Russian woman who said she had read my profile and was interested in getting to know me. After responding to her email, she told of how she was coming to the states on a work visa. She then traveled to Moscow where she then informed me that the airfare was $1200 and that she only had $300. Having spen a month talking to her via email, I felt I could trust her and sent $1000. After about two days she told me that the embassy would not give her an exit visa until she could prove that she had the means to survive in this country during her visit. She then told me that she needed $2500. Then, a day or so later, she told me that her mother had sent her the money for the airfair and that she only needed $1500 to come. I told her the best I could do was a $1000 and that perhaps she should postpone her visit until she had the money. A day ortwo went by and she wrote that she had sold some jewelry and now only needed $980. So, stupidly, I sen her another $1000. The next day she told me shewas going to the embassy on thesubway and had the money stolen from her purse and that she needed another $2500. I told her I could not do that. The next day she told me that the police/malitia had cought the criminals that took the money but they had spent $480 and that all she needed was $480 to come to the USA. I told her that I did not have the money. After a day or so, she wrote me that she was just going to go back home and that she would send the money back. I sent her the needed information to do so and never heard from her again. She never snt the money back.