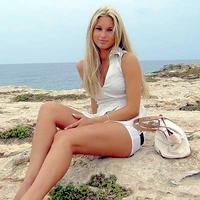 # Details: Always, a pretty young woman lives in some obscure, frozen, end-of-the-world village in Soviet Eastern Siberia, convinced there is no future for the young there, nor anywhere in Russia. Wanting out, she deals with an agency in Moscow tht helps Russian youth find jobs in Europe and the West, and helps them get visas to go there.rn In preparation, she writes to American men, hoping to ensure having someone there to lean on initially and to help her get settled in a foreign land. Shell write to a man on Monday, be "madly in love" with him by Friday, and be ready to race off to Moscow momentarily to complete needed paperwork, get her visa, and fly to the U.S. to be with him.rn But a unique thing happens at that point. All these women pose that were born and raised in Russia, lived there all their lives, graduated from a university there . . . . but theyve all conveniently forgotten how far it is from their villages to Moscow. In one in-rnstance, it was 2,650 miles, which I knew but the young woman who claimed to live in that village did not know. rn And with forgetfulness comes decreased awareness of practicalities entailed in moving about the former Soviet Union. A young woman boards a plane for Moscow, and is told, "That will be x much money." So she says,rn"Oooooohhh-kay," and slaps down that much money withrnout batting an eye. And it never occurs to her until long after she reaches Moscow that she doesnt then have enough money to continue the journey on to the U.S.rn So what does she do? She e-mails the gentlemen stand-ing by in the States waiting for her, and says, "Imrnstranded in Moscow. Send me $600.00 (or $1,000.00)"rn. . . . the purpose of the entire exercise being to create the impression of actually being stranded in Moscow without sufficient money.rn If the gentleman in the U.S. does send money, in any amount, hell never see or hear from the woman again.rn If he doesnt take the bait, hell be considered as of no further use to the woman, and all contact will be severed. rn rn