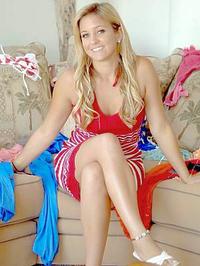 # Details: I have just recently been the victim of a "gold smuggling" dating scam exactly of the type highlighted on your website.rnLast November Mary Azure contacted me via the Saymehi website and Yahoo Messenger. She said she wanted to come over to visit me here in London in time for Christmas. She , of course, did not care how old I was. She persuaded me to ignore the warnings on the websites and to send her Р’Р€1450 [British pounds] in two equal instalments by Western Union.rnAs soon as she got the money, she wanted a further Р’Р€2000 so that she could satisfy the Immigration that she could support herself. I sent her the money. After one abortive attempt to catch the plane due, she said, to "confusion" on her part, she tried again. This time she phoned me and said she had been arrested for being in possession of gold without the necessary documentation. I then received a phone call and e-mail from a man wanting me to pay for a lawyer for her. [E-mail forwarded to you].rnI did not pay anything just then. A couple of days later she told me that the Р’Р€2000 had been used to pay the lawyer and to "buy" her out of trouble. Then she wanted Р’Р€4500 to pay a penalty to have the gold released and for insurance to bring the gold to the UK. I declined but was persuaded to pay Р’Р€1500 to have the gold released and put in a depositary in Ghana. She also persuaded me to pay Р’Р€200 for miscellaneous expenses at home. She then wanted me to pay her a further Р’Р€2500 so that she could come, but by this time I had taken the "visa" she had sent me to the Ghanaian embassy and was told that it was a fake. She wanted me to take out a loan when I said I was no longer able to pay her any more. However by then I was finished with her.rnHer address po box 2291, accra north, Accra, Ghana.rnCell phone 00233242778581rnI attach the Western Union papers and a photo. I also forward the e-mail asking me to take out a loan and the e-mail about the gold smuggling+further photos+"visa".rnI would appreciate any assistance you can give and any information about the possibility of a prosecution.rnrnrnrn