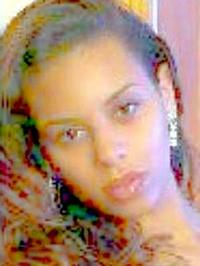 # Details: she dealt with an agency that contacted me about visa ,healthinsurance, bta,for her coming here, and also some fake police that contacted me later saying that they had the crooks behind bar, but i needed to pay for a lawyer...-fake officers of the efcc appeared as well saying they could compensate me from the president. And when she said the visa was out and supposedly had caught a plane, she went stuck in london ,and fake immigrantofficers said they needed a marroiagecertificate, so they could release her. So there was a story of deportation, that noone on the london metropolice could verify. Next time she should go for sweden she ended up in a hospital. And the third time the money i sent for her to go for a real visa her money were stolen. and so on......

# Date: 2008-11-18
total loss 9000 dollars between may-december 2007. receivers of the money sent by western union : Carol Johnson, Henry ichide, Elvis dede, chukwuma emeka, samuel kingsley,
I reported this to the efcc,,but fakes came online and i was scammed again!
No reply yet from the real efcc. The story ends with me seizing all contacts