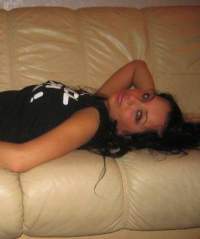 # Details: These photos belong to a real girl Nataliya from Tallin.

Sends me and email wanting to chat and after a few letters has feelings. She talks about love and that she has found happiness and wants to come here. Talks about her mum and dad being very happy she has met me..Checks the cost of visa and airfare and seems she needs my help to pay for these things so she can come here and doesn't want to live with out me.

First name: Elena
Last name: Sysoeva
Country: Russia
City: Cheboksary
Email: planovoi77@list.ru
Address: Marxa26-Apt87,Cheboksary,Russia
Details: I was contacted by this woman, Via Yahoo mail(I have no Idea how she got my E-mail address) wishing to correspond with me as "Pen-Pals". After several letters, she began with "The Feelings of THE LOVE ATTITUDE",and rapidly began falling in love with me, which I thought quite strange. With 11 letters in all, she spoke of her parents,and her best friends "Oxana and Gunter",who also found true love on the internet,and had advised her to do the same as they did.After a few pleasent letters about her job,and city,and things that she likes to do,she sent me a letter admitting to me, that she had fallen madly in love with "Her American Love Man",and QUOTE"---
"CANNOT WITHOUT YOU ANY LONGER"-----
At this point, I realized, I was about to be "TAKEN FOR A RIDE",and began doing some checking, on "Little Miss Elena Sysoeva",without letting on I was aware of what she had in store for me,which is why I wound up here at this wonderful site, and at last, have found her in your "Scammers Black List".She has sent me, MANY pictures,most of wich were very Sexy, and Revealing,and to say the least "Inticeing"----
In her last letter to me,she gave me all the necessary information,along with the "PRICES",that it was going to cost me, to have her obtain an American brides VISA, Passport, Medical Exams, Plane Fares,Innoculations,and alike.All this informtion supposidly came from the "Aunt", of her best friend, OXANA,who she claims to work for the "Russian-American Embassy", in MOSCOW. The total cost was somewhere in the neighborhood of $1800 U.S.dollars,and she wasn't affraid to ask for my help getting this money together at all, due to the fact, that the "Terrible Russian Economy" had prevented her from being able to afford her,to be with the one she loved so dearly!!!